“Since the onset of the pandemic, and based on our research as well as our end-user interviews, we have been predicting the data center switch market to be somewhat resilient to the pandemic and to decline only mid-to-low single-digit in 2020,” said Sameh Boujelbene, Senior Research Director at Dell’Oro Group.

“In 4Q 2020, the market decline was attributed to several cases of inventory correction,” said Baron Fung, Research Director at Dell’Oro Group. “First, the market’s sequential decline was attributed to a large non-reoccuring purchase by Huawei in the prior quarter ahead of the US-imposed sanctions. Second, the Cloud service providers’ high inventory levels compounded by a digestion cycle led to further market contraction. However, we project Cloud spending to return to higher growth this year, which would drive the demand for products 25 Gbps and higher,” added Fung.

“While government spending is flowing into all vertical industries, it is most notable in K-12 Education and Government,” said Matthias Machowinski, Senior Research Director at Dell’Oro Group. “We estimate those two verticals alone contributed an additional 15 percent to overall market spend during 4Q 2020, as sales to K-12 increased 90 percent and Government increased almost 40 percent—extraordinary rates. Clearly, government spending is lifting overall market sales and by our judgment, is likely to continue through 2021 and beyond,” added Machowinski.

“Government stimulus around the world, which propelled market recovery in 3Q 2020, continued in the fourth quarter of 2020,” said Sameh Boujelbene, Senior Director at Dell’Oro Group. “However, 4Q 2020 did not benefit from pent-up demand from large enterprises as much as the prior quarter did. On a more positive note, we started to see some sign of recovery in the mid-market,” added Boujelbene.

Huawei Technologies Co. lost ground last year to Western rivals in cellular-equipment markets outside China, according to an industry research firm, a signal the U.S. campaign to curb the Chinese manufacturer is starting to make an impact.

Ciena isn’t the only optical vendor feeling the aftershocks of the pandemic. A Dell’Oro Group report out this week found that growth in the optical transport equipment market slowed to 1%, reaching total revenues of $16 billion in 2020.

Jeff Heynen, vice presidents of broadband access and home networking at Dell’Oro Group, agrees that the deal makes strategic sense because it keeps Vecima focused on all aspects of DAA while keeping ATX centered on the parts of the outside plant it’s targeting for next-gen HFC networks, namely amplifiers, passives and taps. “If they’re going to address the outside plant at the node, that’s obviously where Vecima believes their sweet spot is going to be,” Heynen said.

Dave Bolan, research director at Dell’Oro Group, said the flexibility of Nokia’s DelOps effectively extends the reach of operators’ existing network software configurations and reduces complexity. “CI/CD is evolving from a one-solution-for-all in a homogenous environment to multiple solutions for different operators, whether they operate in a public, private, or hybrid cloud,” Bolan wrote in response to questions. “This enables a streamlined introduction of new features and services in a complex telco environment with multiple domains, third-party software, and hybrid-cloud environments, which took longer and was more arduous before.”

The RAN market also surprised on the upside in Europe, with revenues increasing at the fastest pace in seven years across the continent, he said. “We attribute the stronger-than-expected results to a confluence of factors,” he told Fierce. “First and foremost, we underestimated the magnitude and depth of the 5G rollouts, including both sub-6 GHz wide-band and narrow-band 5G.”

If you are a member of the media and would like to request an interview with a Dell’Oro Group analyst, or if you are seeking information for an article, please contact us at:

Please be sure to note your deadline in your message. We look forward to hearing from you. 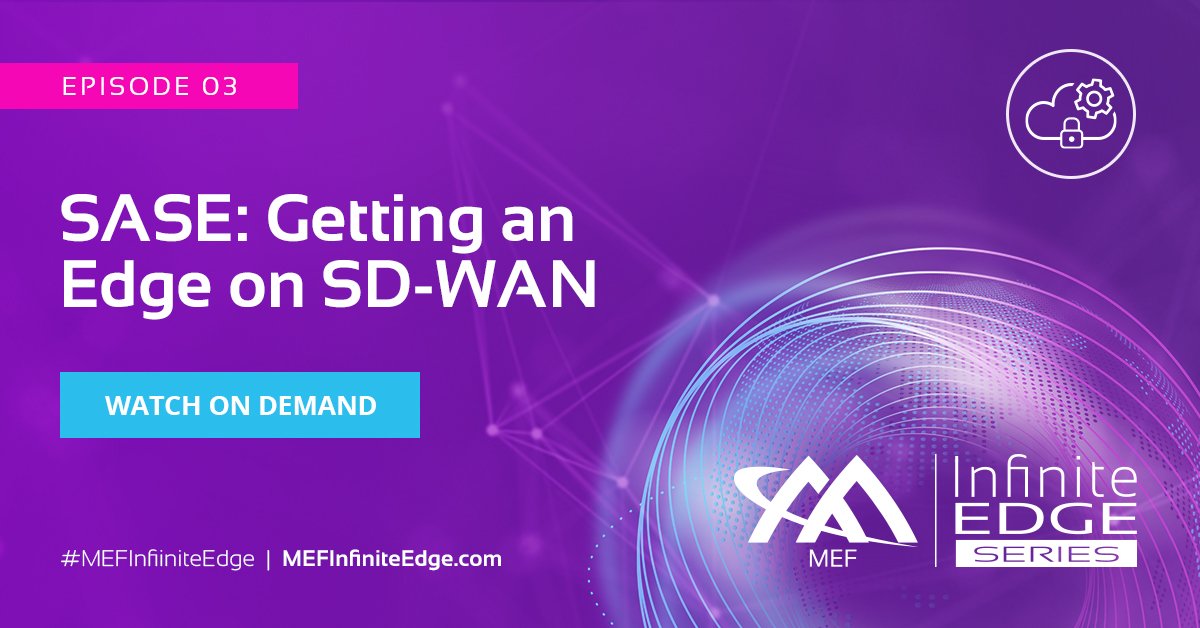 In case you missed it, MEF Infinite Edge Ep 3 is now available on demand! This info-packed episode focuses on #SASE, one of the hottest topics in the industry.

Get the Latest in Your Inbox